Thurbly Tigers have announced a For Lucie section in their year book.  The year book features teams, summaries and statistics and charts the years of TTFC past and future.  The For Lucie section gives us an opportunity to describe the charity and its work.  It also cements the relationship of between the two organisations.

In an effort to celebrate Lucie’s life and leave a lasting legacy this website and the charity For Lucie was created. It’s aim is simply to raise awareness of Meningitis and funds to help others. This is run on entirely a voluntary basis by the friends and family of Lucie.  All money raised in Lucie’s name goes directly to helping those good causes  that supported Lucie and her family.

You can find details of charity events and fundraising in Lucie's memory and how you can help at this website. There's also further information, links and resources on Meningitis.  You can also stay in touch with For Lucie news by following on Twitter.

Over a year ago we lost Lucie.  During that time you’ve sponsored bike rides, runners, baked cakes.  You’ve done things that are quite frankly bonkers and in doing this you’ve raised fantastic amounts of money.

We never expected the response that we got. Over the last year you’ve managed to raise in excess of £22,000 and it’s a figure which continues to grow. This is a fantastic achievement. Should wish to make a donation, no matter how small, you can still do this by clicking below.  There’s even the option of donating an amount on a regular basis.

Jon proved he’s made of stern stuff as he recorded  jaw dropping time of 3:17 in this year’s Virgin London Marathon.  Most of us can’t even get out of bed in that time.

As if that weren’t enough he’s raised over £1,000 For Lucie.  Jon has promised to give us his story so stay tuned for that.   You can still pledge your support by clicking the link bellow. 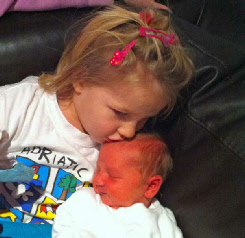 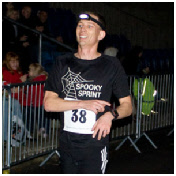 We’re not sure about the head torch either

We’re focused in what we do.  To put it simply we’re here to help others that have been affected by meningitis. Specifically we seek to:

Research and develop vaccines into streptococcal meningitis. Offering support counselling and information to affected families by highly trained professionals.  To work with medical schools to develop training that enables early diagnosis through symptom recognition and incorporating it into medical training.

We may not be the A Team but like them we’re a rag tag bunch of fugitives.  You can find out more by clicking here

Well done to Agnes.  Having recently moved to Seattle Agnes attempted and completed the Kirkland Half Marathon in a fantastic time of 2:15.  Of course with three children there’s she’s more than used to running around. 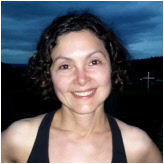 We are delighted that Waitrose in Stamford have decided to support For Lucie during February for their “Community Matters” initiative.  In 2011 Richard Page, Lucie’s Grandfather dropped into the store and completed a nomination form.  We were delighted that last week we received a letter from Waitrose that February 2014 was going to be For Lucie month!  We are committed to working with the local community to raise awareness around meningitis and to support local families.  We hope that we will get a bumper number of green tokens in the Stamford store so please help support us.